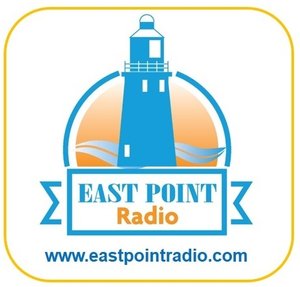 by clicking the logo

Below you will see details of our current presenters and admin volunteers.

If you are interested in having a go, why not contact us on the telephone number or email address above.

You don't need any previous experience, someone will be with you to guide you all the way. 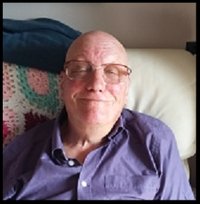 I have been interested in radio all my life, especially the pirate stations in the sixties. I have been a presenter on another local station for around eight years now and am very proud to be part of East Point Radio. 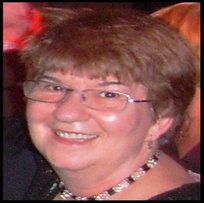 I was born in the North East of England but spent my teenage and early adult life in North London.

I have always loved radio and if I had to make a choice, I could do without the TV but not Radio which is why, now retired, I am thrilled to be invited to help with this new Community Radio project. 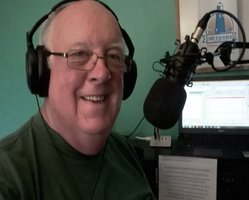 I'm a retired IT consultant who enjoys life to the full.  My main interests are music (of many kinds), classic cars, photography, travel, eating and drinking.  Above all, I love my family and have three beautiful young granddaughters.

I've loved radio since 'Listen With Mother' and 'Housewives' Choice' on the BBC Light Programme, through the '60s and '70s pirate era and the onset of local and community radio.  I have worked on hospital stations in Essex and Hertfordshire and currently broadcast on community stations in Norfolk and Suffolk. 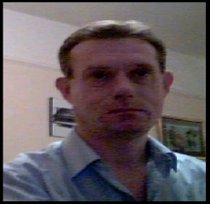 I've loved radio since I had my first little transistor radio when I was a young child. I grew up in the 70's, and in my teens I began listening to speech-based radio as well as music-based shows.

From 2009 I did some presenting on Blyth Valley Community Radio, and I look forward to continuing with that, from my home studio here in Southwold, Suffolk, on East Point Radio.

I enjoy classic rock/pop, motown/disco, Americana, and some country music, Celtic folk, and more. I began collecting classical cds when I was 30, and I presented a few classical music programmes on BVCR.

I'm interested in news and current affairs, and I like the American FM radio model of about 15 minutes of continuous music, followed by some talk. 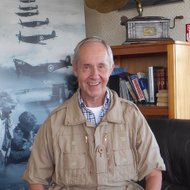 I was born & bred in Bungay and have been living in this area for over 30 years.

I’m soooo looking forward to starting my show and bringing you the best sounds from the 60’s, 70’s and a few of the 50’s every Thursday evening from 7pm - 9pm.

Before retiring in 2013 I worked at Blundeston Prison for over 11 years, during which time I created and ran a TV station called Chanel 7 for almost 6 years, therefore music played a big part on the station for me.

I have a huge interest in aviation where I was a Private Pilot for many years but it was taken from me due to health problems - I realised my dream of a 50 minutes flight in a Spitfire from Duxford in 2017. Besides now starting my radio show I also volunteer at the Warren School Lowestoft as well as volunteering as a Dementia Befriender at James Paget Hospital.

Oh, yes, I have three scatty cats who know how to control me. 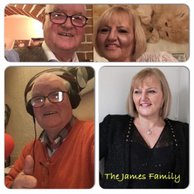 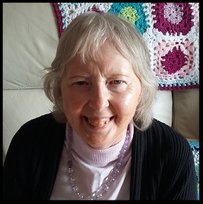 A retired Primary School Teacher from Essex. I enjoy chatting to people as everyone has a story to tell, or an organisation to promote. I love listening  to stories written by local authors and also stories for children. With good music from the fifties and also light classical join me for Sylvie's Selection Box. 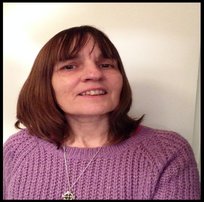 Hi, I am Suzanne.

Having lived in Southwold in my twenties, I have now returned to the area after almost 40 years spent running a business and raising a family in Kent.

Although I have had no previous radio experience, I am eager to learn; I love (almost) all genres of music, and rarely stop talking, so I hope this will be an advantage!" 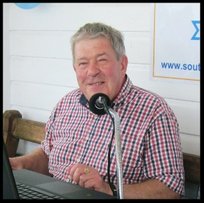 I am a semi-retired Broadcast Electronics Engineer, who is very enthusiastic about Radio - originally my interest was ignited back in the sixties with the Offshore Radio era with Radios Caroline, London etc.

I have been actively involved since 1993 in all aspects of Radio in Nottinghamshire with Hospital, Community, and commercial stations, plus establishing Broadcast Radio stations within a number of Colleges in Nottingham and the surrounding areas, and being involved with the delivery of Radio Training Courses.

I originate from East Anglia (Ipswich) and really appreciate the opportunity to Broadcast on East Point. 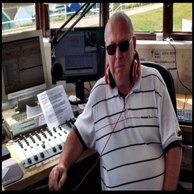 If you want an event mentioned or a music request then Email me on gerryonepr@outlook.com 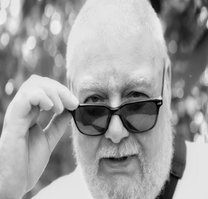 I was born just outside Croydon, South London.  Apart from a few years sojourn in Greece, I lived in and around that area until 9 years ago when I moved to Greater Manchester at the foot of the Pennines.

As a kid, with a small battery driven reel to reel machine I would put together, “radio” shows for fun nearly always the content was film and then later, when discovered theatre based.  I guess it was a natural progression as my father was a musician, having trained at, The Royal Military School of Music, Kneller Hall.  My mother was a dancer. I was doomed.  From a very tender age music of all genres filled the house and at 3 I learned to operate my grandparents wonderful old radiogram.

Since first getting the stage bug, I have been involved with theatre first on stage but now directing and choreographing.  My many passions apart from obviously musicals and the theatre in general, include films, reading and now listening as thanks to Jane Martin, I have discovered the delights of audio books.  Cooking and recently a resurgence of swimming.  A strong wanderlust has always been apparent too but the itchy feet get really uncomfortable these days.

This is my first foray into proper radio and having loved the couple of times I stood in for Jane Martin, on her Monday Musicals show, I was delighted when she asked me to take it on permanently.

I hope you enjoy the show as much as I have putting it together. 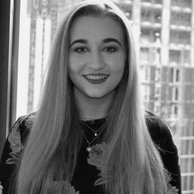 I have always wanted to be a Journalist, I have spent the last two years working towards my qualification. I have been on various work experience placements and loved every moment so far! I discovered my love for Radio Broadcast Journalism last year at a station in Manchester. I found the process of putting a show together from scratch really interesting, I couldn’t wait to give it a go myself!

Another topic I’m passionate about is music. When I was 10 years old, I discovered Taylor Swift’s music, which led to me listening to a wide range of Country. I loved the stories artists told through their lyrics. Over the past few years, the genre has grown immensely in the UK!

I wanted to create a show that would celebrate the growth of Country, showcasing artists from both sides of the Atlantic – while shining a spotlight on our local talents too.

I’m super excited to be a part of the East Point Radio team. Tune into The East Coast Country Hour every week.

I am really looking forward to presenting on East Point Radio. I write children’s stories and rhyme books and will be reading these on the new station. I will also be playing my favourite music. I have been working on another local radio station for about three years. This is an exciting project and I hope the local population will give it plenty of support. 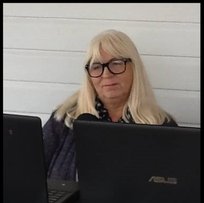 I’m originally from North London, a mum to four children and wife, oh and I have 6 gorgeous grandchildren too.

I love most genre’s of music from the forties to recent and have nice memories of music being played around our home when I was younger.

This radio station has some wonderful people working on it and it’s been great doing my Sue’s Selection on a Friday afternoon, so grab a cuppa and tune in at 2pm for my hour of music. 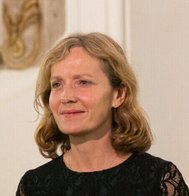 I’m delighted to be presenting a show on East Point Radio. I love listening to jazz, and I enjoy exploring different types of jazz and discovering artists and songs new to me.  So.... Jazz in the Afternoon will be a mix of music - including trad jazz, jazz standards, bebop, bossa and swing. I hope you like the show. 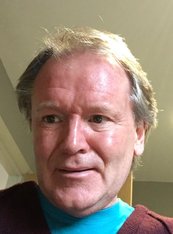 Hi, I’m Paul and I fell in love with smooth jazz about 17 years ago when I had to retire from full time work due to the progression of my FSH Muscular Dystrophy.

I moved to live in the rural paradise of Suffolk a year ago from Buckinghamshire where I presented a weekly smooth jazz show on Stoke Mandeville Hospital Radio for five years.

I have been very lucky to get to meet some of the great musicians who’s music I play when they played live at The Stables Theatre in Milton Keynes.

I worked on the first commercial radio station in Manchester Piccadilly Radio back in the late 70’s where my claim to fame involved discovering a young pop star called Howard Jones who was studying keyboards at the Royal Northern College of Music.

He played live on my night time show and within months he got a recording deal and the rest is history as they say!

I hope you get to like smooth jazz as much as I do and hey you never know you might even become a smoothy! (that’s what I call my regular listeners) 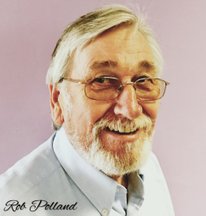 My love and passion radio started way back in 1962 when as a small boy for Christmas I was giving the smallest transistor radio you ever saw.

What‘s the first thing I did went to bed at 8 as usual and got my tranny out and one little earpiece out “no stereo then “and tuned in to radio Luxembourg under the covers and a presenter by the name of a presenter called Barry Aldiss some of you of a certain age will remember him, and so the fuse was lit my love for radio had begun.

Music has been and still is a huge part of my life so radio and music together it was inevitable I would get involved.

I started out in hospital radio many moons ago and have moved to different stations over the years and eventually to internet radio which I believe is the future of many things including radio.

Like many presenters I believe in radio how it used to be and if I can be tiny fraction as good as my hero Sir Terry Wogan I’ ll be happy man mind you in saying that give me another couple of years I might be nearly good at it.